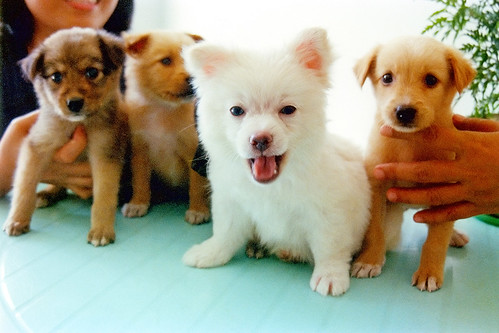 Photo courtesy of archangel_raphael(CC No Derivatives)

I confess: I’m one of those people who loves anything to do with puppies and kittens. My current obsession is with pugs. People share them on my page, I pin them on Pinterest, I’ve even – I kid you not – searched the term “cute pugs” on YouTube.

Just to watch them.

But it’s actually not that unusual, as is evident from the hundreds of videos that were returned by my “cute pugs” query.

And as soon as one of these funny lil guys pops up we’re quick to share it on social media, with little or no hesitation.

Brands use images of cute animals all the time to sell their products and/or services.

For example, Rutan used cats (and owls, which are the next thing in cute, by the by) in their advertisement for cat food. 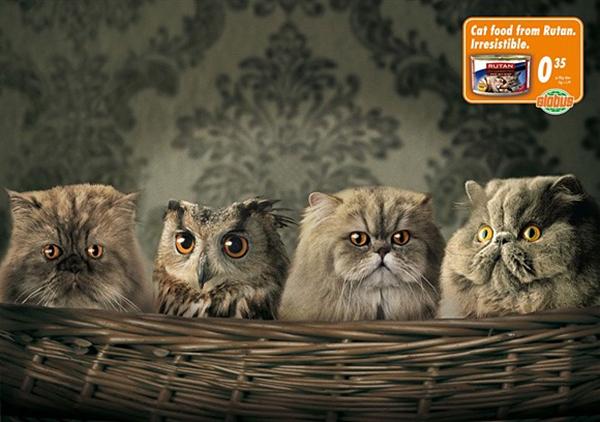 Or Fiat’s take on cute and cuddly with the use of (friendly and not-so-friendly) bears! 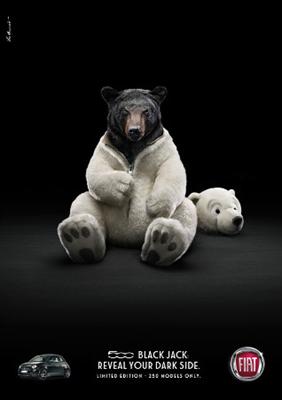 British Airways have even go so far as to launch Cute Animals TV Channel for their in-flight customers!

I could really go on and on with examples here, but that’s not with this post is about.

Instead, I want to talk about the power of cuteness.

To be more precise, I’m going to try and attempt to answer these 4 questions:

The Power of Cuteness According to Science 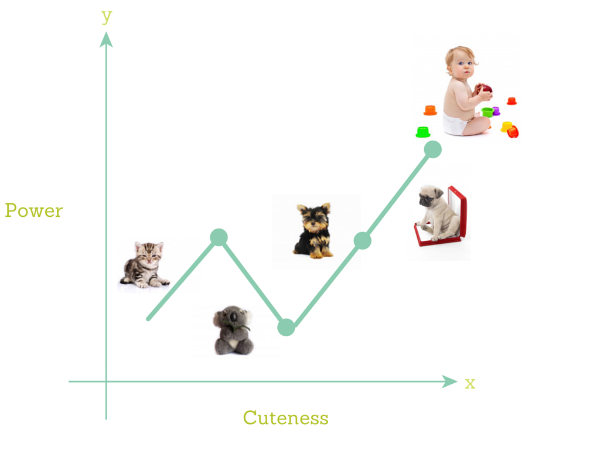 To answer the first question, “what is it about cute that we like so much?” we need to delve a little into science.

The word cute derives from the word “acute” which means shrewd, perceptive or keen, but was later used as slang to describe someone who was considered attractive (slang that’s still often used to this date).

However, later on in history, it also began to refer to things that were cuddly and harmless.

Then, Konrad Lorenz did a study on the term “cute” and developed a list of things that humans commonly find “cute”.

Does this list conjure up any images in your mind?

Yup – You guessed it. Babies. 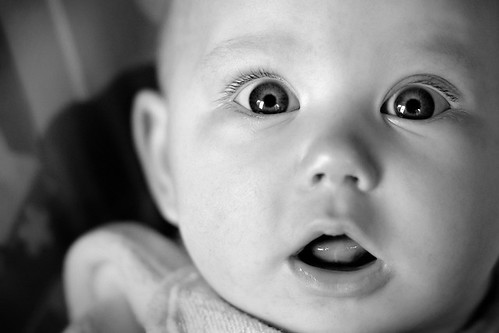 According to Lorenz (and later research has helped to prove his assertions), people tend to find babies (and therefore, things that resemble babies) “cute” because it elicits an effect on the adult human to help, protect and take care of the next generation.

As the New York Times puts it:

Cute cues are those that indicate extreme youth, vulnerability, harmlessness and need, scientists say, and attending to them closely makes good Darwinian sense. As a species whose youngest members are so pathetically helpless they can’t lift their heads to suckle without adult supervision, human beings must be wired to respond quickly and gamely to any and all signs of infantile desire.

So we want to protect, nurture and care for babies and other living things with characteristics that resemble that of a baby, but “why do we feel so willing to share cute?”

A large part of what encourages people to share content can be brought back to Maslow’s hierarchy of needs. 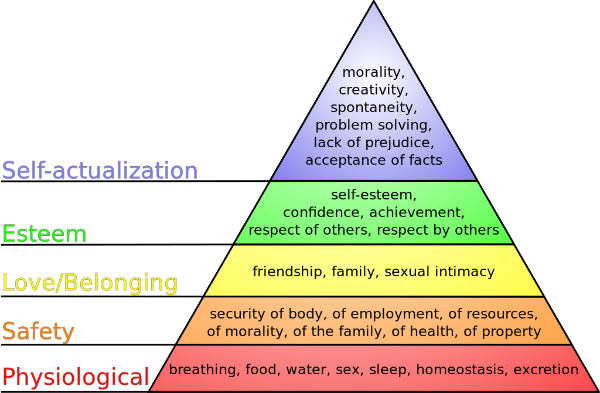 According to Maslow, if our most basic needs are satisfied, we will begin to try and satisfy higher levels of needs. In the top two layers you’ll see that we begin to need self-actualization or “the realization or fulfillment of one’s talents and potentialities”.

As you can see from Maslow’s pyramid, self-actualization is a positive thing. It’s the process of feeling good, feeling fulfilled, feeling happy.

Therefore, it comes to no surprise that when we’re sharing, we’re sharing things that make people happy and therefore make us appear like happy people.

And cuteness is a no-brainer for happiness.

Research has been conducted on the human brain to reveal what areas of the brain react when stimulated with “cute” images. The results showed that the “Nucleus Accumbens”, a pleasure centre that is also activated by such drugs as cocaine and meth, releases dopamine when we see “cute” pictures.

Yes, that’s right. Your brain is literally giving you a high from looking at cute content. And that cute content that you share also fills a need in you for self-actualization.

Do Men and Women Respond to Cuteness Differently? 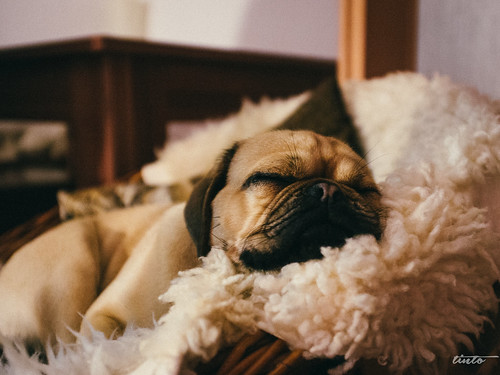 From a marketing perspective, it’s important to know what will work best for your demographic.

Do men react to cute in such a positive way?

One study by Sprengelmeyer in 2009 suggested that women were more sensitive to small differences in cuteness than the same aged men. This suggests that reproductive hormones in women are important for determining cuteness.

The same study suggested that the function of heightened awareness of “cuteness” may be to reward mothers with the feelings of happiness (dopamine) that will allow them to nurture their babies, a job which involves an investment of time and resources, to a high standard.

The Power of Cuteness in Marketing 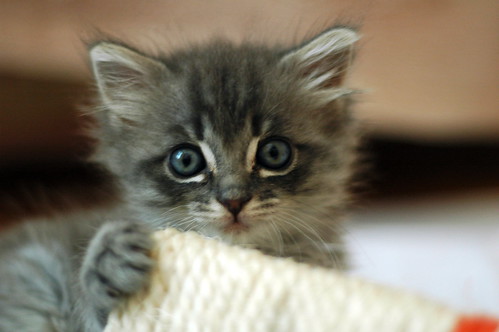 It seems pretty obvious that you should be linking your content with cute then, right?

But it’s not always so easy.

Like with any marketing initiative, a blatant attempt to garner attention is doomed to failure. You can’t simply email a bunch of puppy pictures to your list in the hopes that they’ll then purchase from you.

Like with any marketing strategy: It has to be relevant.

1.    The Power of Cuteness to Convey Emotion 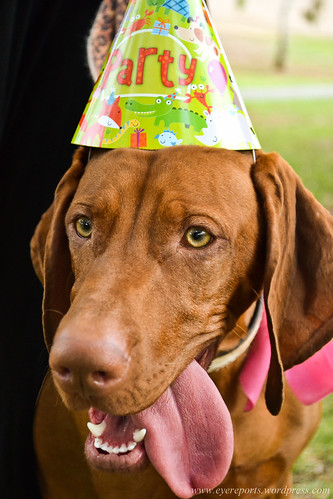 Got a business announcement you’re excited to make? Celebrating a festival soon? Have some bad news that needs something to soften the blow?

Why not find a cute picture of an excited animal to share on social media accounts?

This “ode” for Google Reader went viral, and I’m sure the images of cute animals helped. The song isn’t about animals, it’s about Google Reader, but in order to exemplify that emotion the creator of the video used animals of sad looking animals.

2.    Make A Connection Between Your Business And Something Cute

If you’re in the animal or baby industry, then I guess this is pretty obvious for you.

But for everyone else, animals and babies are so integral in our daily lives that there’s usually a connection between what you do and something cute.

For example: What does handwash and dogs have in common? Well, you always wash your hands after playing with the dog right? 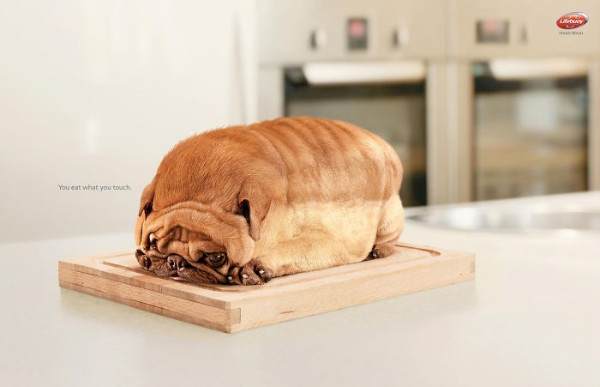 Seriously though, how cute is that frickin’ dog?? Aaaawh!!

Or maybe you work in an industry related to temperature? 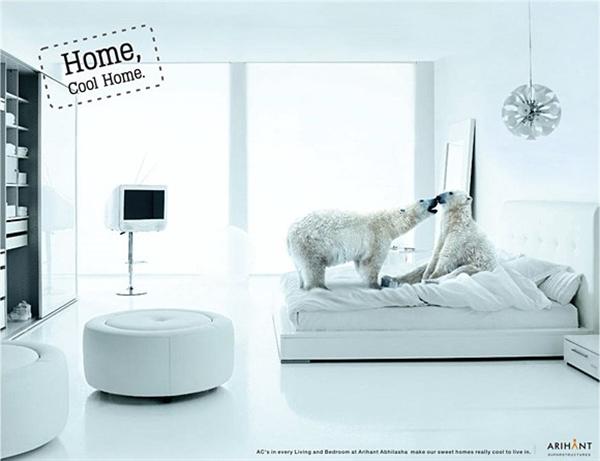 Many industries are related specifically to temperatures. It could be that you make scarves for the cold weather, heated flooring to keep you warm in winter, or beer to cool you down in summer.

Arihant tapped into cute animals for their marketing by making such a connection and it works wonderfully!

The power of cuteness is a great tool for marketers if used creatively and carefully. If you can tap into it, you’ll have the puppies eating out of you hand! Oh I meant people… People eating out of your hand. Not puppies.