Do you suffer from boring social media syndrome?

You know what I mean – your social media channels have the odd drip of one or two random comments, a handful of likes, and little to no sales conversions, and you would almost literally give an arm and a leg for even a hint of social media activity.

What you need to do is spice things up. And one of the best ways to do this is through psychology.

Obviously, using psychology to improve your marketing is not a new concept: the intentional use of psychological theories to improve marketing was pioneered by Edward Bernays, otherwise known as the “father of public relations”. The nephew of popular psychoanalyst Sigmund Freud, Bernays realized that by applying his knowledge of psychology his marketing campaigns would be far more successful.

Since then, some things have changed. We have moved from advertising on old transistor radio sets and fuzzy tv channels Tweeting, Instagramming, and Snapping.

But what hasn’t changed is the use of basic psychological principles to market various products on services, even if it is contained in a short video on Vine or 140 characters on Twitter.

Here are ten examples of social media campaigns that used psychology to attract customers and increase sales, along with some advice on how you too can use the same principles in your own social media marketing to improve your business:

Smashbox, a cosmetics brand, was looking to improve their social media outreach. They decided to team up with a number of experts in the beauty industry. One of these experts was popular YouTube beauty vlogger Casey Holmes. After she posted an image of herself wearing their product on social media (along with the obligatory mention of the makeup brand) Smashbox’s social media engagement went through the roof, with their regram of the promoted picture receiving over 13,000 likes and driving significant engagement to their Instagram account.

Psychological principle: Authority – People tend to obey those who are in authority. An authority is someone who is seen to have expert knowledge and experience in a particular field. Authority figures are able to influence people to take advice on purchasing decisions because people trust their judgement. For example, Edward Bernays (remember him?)  was hired by the Beech-Nut Packing company, who wanted to increase sales in bacon. In order to do so, he polled over 5,000 doctors to confirm whether or not eating a heavier breakfast was healthy. After the doctors confirmed that this was true, he then suggested in his marketing campaign that heavier breakfast, such as bacon and eggs, was highly recommended by doctors – thus producing the American breakfast staple and increasing sales for his client.

Examples #2 and #3: Harry’s and Starbucks 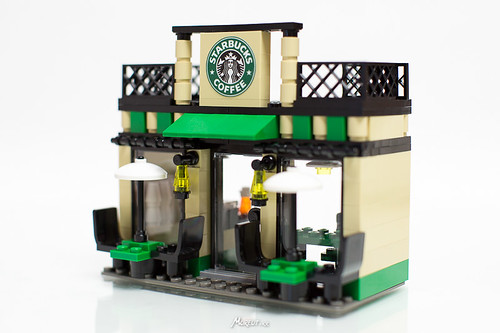 Photo courtesy of mureut.kr(CC No Derivatives)

Starbucks allowed their users to Tweet a hashtag that would provide a friend with a free cup of coffee, which could be redeemed through the friend’s Starbucks account. Not only did this provide lots of positive promotion for Starbucks, they also posted increased sales on that day, displaying that the simple act of giving actually led to more people purchasing, not less.

Psychological principle: Reciprocity – The principle of reciprocity simply involves feeling obligated to do something for someone who has done a favor for you. For example, popular social psychologist Dr. Cialdini gives the example of one study where servers who provided a mint along with the receipt received a 3.3% increase in tips.

For two mints? That tip increased up to 20%.

The bigger the favor that people felt they received, the more they were willing to reciprocate. How to use reciprocity – You can conduct market research into what your audience really wants, or follow the example of other creative companies in your niche to create an attractive free gift on signup to increase your email list.

How to use reciprocity: Using reciprocity is simply – offer something that your audience will enjoy with only a simple request, such as a social media mention or joining your email list.

iGrill is a grilling app that tracks food temperatures while cooking and also sells associated cooking products such as thermometers. During a normal month, the website receives roughly 70,000 hits – a significant number, but certainly not huge. That was until one user made a Facebook post about their thermometer.

And that user happened to be Mark Zuckerberg, Facebook founder.

Website traffic spiked immediately, with the iGrill website registering up to 1,000 hits per minute, quickly crashing the site. Don’t feel sorry for them though, as the upside for iGrill was huge – the CEO reported that app downloads skyrocketed after the mention and that brand awareness increased a million fold.

Psychological Principle: Social Proof – Social proof, otherwise known as informational social influence, can be defined as “a psychological phenomenon where people assume the actions of others reflect correct behavior for a given situation”.

There are at least five types of social proof, including:

How to use social proof – While you may not have the opportunity to get Zuckerberg promoting your product publicly, you can still use social proof to your advantage, no matter how small your brand. By using the power of positive reviews or recommendations, you too can create your own social proof. 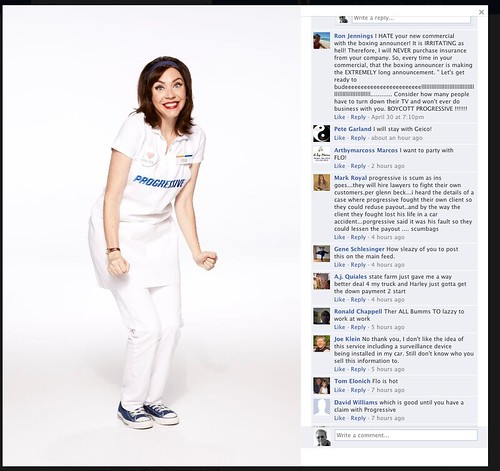 Almost everyone is familiar with Progressive Insurance.The funny, sometimes off-kilter commercials featuring their Progressive Girl Flo are one of their biggest selling points. While Progressive’s regular Facebook page has 315,000 fans, their personality-branded page for Flo has over 5 million fans. Why is Flo so popular? Probably because she is a great example of a “human” brand personality.

Psychological principle: A human brand personality – A human brand personality, which is a brand that has been given human characteristics, is important in making a product attractive and allowing consumers to be able to identify with that product. Studies have shown that the closer a brand comes to reflecting human personality traits, the easier it is for consumers to identify with them, and the more likely it is for people to like the brand and product which will encourage them to purchase.

Bearbrand, an e-commerce store that provides facial haircare products for men, had an idea to promote their products. Using the popular event of Movember, where men are encouraged to stop shaving their facial hair, they offered a bundle of their products over their various social media channels every day for 7 days for one lucky winner. Thanks to their promotion, they managed to double their email list, recorded their highest sales day ever, and had several days where they made up to four times their average sales days. How did they manage to increase sales even during a free contest?

How to use foot in the door technique – Offer something that will be of value to your audience that will allow you to gain their trust and confidence, then make the bigger pitch, instead of going for the sales pitch right away. 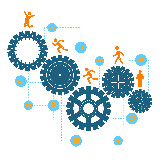 The 3 Pillars Guide Will Get You Focused on The Right Things - At The Right Time. Enter your email address to get it now

In the 1980’s Whispa chocolate was a popular chocolate brand that was manufactured by Cadbury. However, as tastes changed, the Whispa brand was eventually phased out. However, there was always a strong community who pined for this once popular chocolate. The community began to form groups on a number of social media sites such as Youtube and Facebook, talking about their love for the cancelled brand and petition for it’s return. Finally, Cadbury gave in to the demand and revived this once-retired nostalgic brand of chocolate.

Psychological principle: Nostalgia – Nostalgia, which is a longing for past products or experiences, is a powerful psychological trigger that encourages sharing, engagement, and social connectedness. According to Dr. Robert Brecht, when consumers experience nostalgia in a consumption setting, they have a higher likelihood to purchase those products. This is primarily because the positive emotions that are evoked with nostalgia tend to enhance the view of the product itself, improving the attitude of the consumer toward the product and making them more likely to purchase.

How to trigger a feeling of nostalgia: Take advantage of nostalgia-themed social media movements such as #TBT (Throw Back Thursdays) by sharing content of past products or services, or get your audience to participate by sharing their relevant throwback pictures on your social media channels. 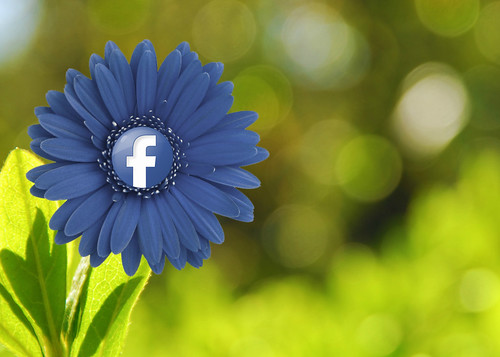 In 2004, a small company called “The Facebook” launched their new social network. Instead of opening to the general public, The Facebook limited persons who were able to get accounts to Ivy League and other elite schools. This allowed them to grow to 30,000 users in just 6 months. But the key to their growth after their phased launch came from the exclusivity: they built up a buzz that allowed them to be differentiated from other social networks like MySpace and Friendster. By the time they opened their membership to the public, they had built up enough demand that they became one of the fastest growing networks ever.

Psychological principle: Exclusivity – The principle of exclusivity is based on scarcity: people are naturally more attracted to products that are difficult to attain. In economics, this can be seen by the “rule” where a reduction in demand often results in an increase in demand. The harder something is to get, the more it’s value is raised. Humans have been programmed to want things that are scarce as we assume that it is higher quality and valuable. 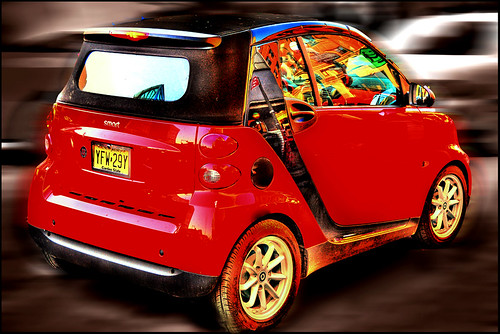 Smart USA manufactures electric cars that are powered by an electric safety cell. However, one Twitter user made fun of their car and its small size by tweeting “Saw a bird had crapped on a Smart Car. Totaled it”.

Their funny yet factual response was that “it would take 4.5 million pigeon poops to damage their smart car’s safety cell”.

This funny response led to a 2,200% increase in Tweets and a 333% increase in people searching for information about their car safety cells. Not bad for an offhand Twitter reply!

How to use humor – There are lots of ways to incorporate humor into your social media campaigns, such as soliciting fan humor or using relevant cartoons. These simple tricks will quickly help people to better remember and relate to your brand and product.

Air Bnb’s, an accommodation website, produced a powerful story in their Wall and Chain video, which told the story of two guards from opposite sides of the Berlin Wall reuniting. The video quickly went viral, with almost 6 million views within its first month, nominated for numerous awards, and significantly improving Air BnB’s brand recognition.

Psychological Principle: Storytelling – Creating a good story is a powerful way to influence behavior. Studies have shown that a good story has the power to activate multiple parts of our brain, helping us to identify with the story teller and the story itself, as well as making the story more memorable and impactful.

How to create a powerful story: You too can create compelling social media stories by doing simple things such as using suspense, detailed imagery, and incorporating literary techniques such as metaphors and irony.