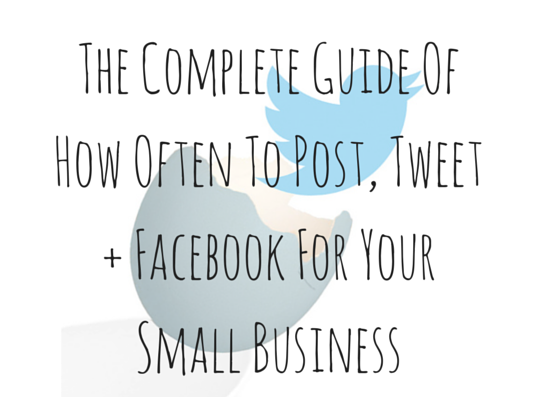 There are a ton of posts on “how often to post.” I think there are more posts than lost puppies in the USA.

But few give you a straight answer, especially if you’re a small business owner. Most hum and haw and say, “post between 0 and a Google times and you’ll be set.” 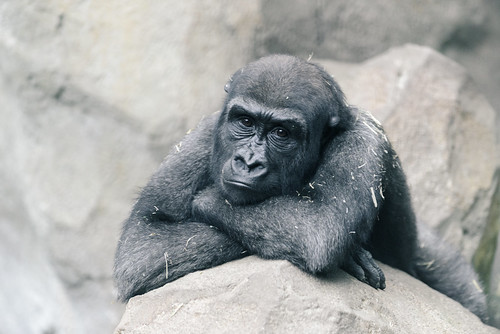 It’s the same with online marketing.

Say you have 1 hour.

If it takes you 1 hour to write a blog post that’s visible for 2-3 years, 1 hour to create 5 posts for Facebook that disappear after 3 hours, or 1 hour to do 10 tweets that get lost after 2 hours, what do you focus your time on?

When you write about something today, how far in the future will that be valuable to your customers? If it stays current forever, you’re laughing.

This is what PR people call “evergreen,” meaning the content never goes out of vogue.

For example, if you write about “11 Tips To Relax After Work” or “5 Ways To Get Fit In 10 Minutes,” that content won’t change much over the years, it stays valuable. But things like “How To Do Pinterest For Your Business” or “5 New Trends In Laser Eye Surgery” will die faster because the trends change and the information becomes irrelevant.

Think of this as “current-cey” aka currency. Do you create something that’s like a gold brick and will last for centuries, or do you make a dollar bill that gets eroded with time?

Let’s put this together

A blog post can be visible for several years, and even longer, depending on how well it ranks in search engines aka how often Google displays it based on its relevance to the search term.

Top blogs and news agencies make their bread and butter on breaking news, you don’t. You’re better off making more of your posts evergreen, because you won’t be blogging every day. Trust me.

Google doesn’t display tweets or Facebook posts when people search for things. Which means that being evergreen on these networks isn’t important. In fact, it’s the opposite.

The more current, the better.

Despite what you may think, your followers don’t go to your Twitter page every day, they may go once to take a peak, and follow you or not. Then you’re in their feed, along with hundreds and thousands of companies vying for their attention. Even if you wrote the best tweet last week, this week it’s in the tweet graveyard.

You’re more likely to get people going to your Facebook page if they see something in their Facebook feed they like, but it’s the same thing – what you posted a few weeks ago has gone to Facebook heaven.

Which brings us to our most important question.

What are your goals? How much time do you have?

You need to decide what you want to get from being online. I imagine it’s getting more customers, but it may be brand awareness, customer support or any number of things. Let’s assume it’s customers.

If you have 2 hours a week, and you’re not exclusively targeting Gen Y (because they spend more time on Twitter and Facebook), blog twice a week.

Want some extra help with your marketing?

The more you blog, the more traffic you’ll attract. 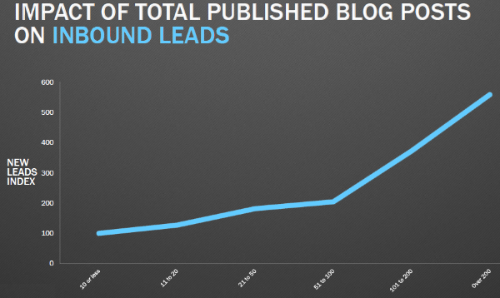 One of the leaders in online marketing recently did a study that showed companies like you saw a 45% increase in website traffic when they increased the number of blog posts on their website from 11-20 to 21-50.

And by increasing the amount of times they blogged from 3-5x per month to 6-8x per month, they almost doubled their incoming leads (marketing people call these leads, you call them prospects, contacts or potential clients)!

And it gets better over time.

Companies with over 200 blog articles have 5x the leads of those with 10 or fewer posts.

Sound long? Well, how long do you plan on being in business? Exactly.

This is a sustainable long-term growth strategy.

Blog posts last, so they’re worth investing in because they drive new clients.

You can blog more than 2x a week.

But as you can see, there isn’t much difference between small businesses that blog 6-8x a month and 9-15x a month, despite what I originally thought. However, there is a huge leap for those who blog more than 15x a month. 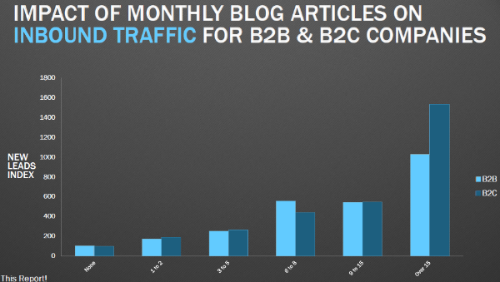 If you blog daily, you’ll see a big difference in traffic in comparison to if you blog 3x a week. But to push from 3 to 5 posts a week, especially considering your quality will probably decrease, doesn’t make sense as you won’t get more leads.

Now, if you’re among the 0.000001% of small business owners who want to blog more than 3x a week (kudos to you!), why not spend more time sharing what you’re writing so you can attract more clients with less work?

We’ll talk about this later, for now, read Neil Patel’s thoughts on 10 Ways To Get More Traffic, Attention and Higher Rankings Through Social Sharing.

(For the record, he helped grow HasCheezburger to 500 million pageviews a month. There might be a bit of marketing speak, but as far as online marketers go, he knows his stuff.)

Blogging Is Your Bread + Butter

Blogging is the bread and butter of your online strategy. Blogging will get you more customers. It may take 3-6 months to see serious traffic and leads from your posts, but considering they’ll last for 2-3 years, it’s worth the investment.

CONCLUSION: If you blog, blog 2x a week.

p.s. Not sure what to blog about? Start with our small business blogging guide or learn how to find ideas (aka keywords) to talk about.

On average, it results in the lowest cost to acquire a potential customer. 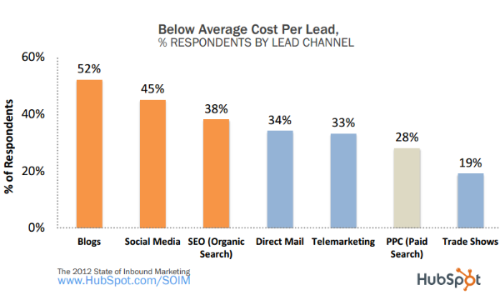 The biggest difference is that while Google helps you attract an audience for your blog, you need to curate your audience on Twitter and Facebook.

Unlike blogging, they move fast – the second you stop contributing, the stream of potential customers shuts off.

The lifespan of a tweet is 2 hours. If you want to create brand awareness on Twitter, people need to see you, then you can start to build relationships with them, and eventually some may become your clients.

Obviously you need to post enough to rise above the noise. (Some people post the same message multiple times a day to hit different time zones!)

But how much is enough?

To share your story beyond your network, you’re looking for retweets aka RT’s– which is when people share your message to their followers. This is golden. 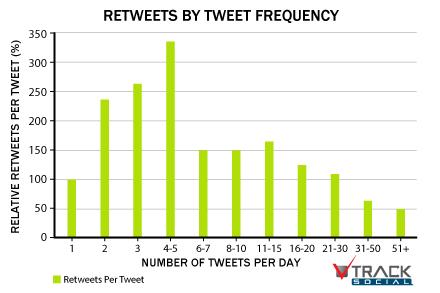 In fact, the average RT was 200% more when people increased their tweeting frequency from 2-3x per day to 4x per day! And companies that tweet 4-5x a day saw a 300% increase in RTs than when they tweeted once a day.

The highest % of RTs happens at 5pm est, but that means nothing if you’re a yoga teacher on the west coast or a lawyer in the UK. So focus on where your customers are and go from there. Check out these Twitter tools to see what your optimal time is to post to your followers.

Wholefoods has 3.2 million followers. Yup, that’s a lot. They found their sweet spot to get retweeted is when they tweet is 10–16x per day.

But they also have a team to curate their content, you don’t.

While your total RTs go up if you tweet more, as a small business owner you’re better off being consistent and finding 5 things to tweet about every day, then scraping the bottom of the barrel to hit an imaginary target.

We mentioned that you have to build your audience with Twitter, here a few ways to get to 1,000 followers (sign up for the email in the link). But this can be a lot to manage, do what feels right for you.

p.s. You can schedule your tweets, which saves you time. And if you want to use Twitter to respond to questions and customer feedback, check it once a day.

Posting every other day will result in the most likes for your business page. Page likes help you build your audience on Facebook, so when you post, your post shows up in your followers home feed.

Surprisingly, if you post more than twice a day, you will lose engagement. Companies who posted once every other day had 32% higher like rates and 73% higher comment rates compared to those posting 3 or more times a day.

Posting 1-4x a week produces 71% higher engagement than 5 or more posts in a week.

2. Grow your following. There’s no point sharing great content if your potential customers can’t see it.

3. Share your blog posts on your social media networks.

I’m hoping your biggest takeaway is that with limited time and resources, you’d be crazy not to blog.

And if you only have time for one social network, Facebook is less time consuming.

And if you want to do Twitter and Facebook, learn about the rules of the game before you play.