In December of 2013, Warner Brothers teamed up with Facebook and dwinq for the premiere of The Hobbit: The Desolation of Smaug with the goal of reaching thousands more people than just the 500 VIP guests.

At the premiere in Berlin, Germany, each of the guests that had won tickets to the premiere were given RFID-enabled passes.

With the RFID-enabled passes, professional photographers on hand were able to scan the passes then post the pictures taken to the guest’s Facebook News Feeds, allowing all of the VIP’s friends to see them in real-time, documenting the experience.

The guests enjoyed that their friends could see them with the movie stars on the red carpet in real time, as the event unfolded, through updates on their timelines and News Feeds. They had a great time, and their pictures reached thousands of people.

You’re probably wondering what this event has to do with advertising and marketing.

In a world in which advertisements are everywhere, marketers are finding that they need to get a little bit creative with the advertisements. They need to reach consumers without getting in their face and annoying them.

This is where Native Advertising online and social media come into play.

Online Native Advertising is a method of online advertising in which the advertisement is provided within the context of the user’s experience. It matches the form and function of the platform, making paid advertising feel less intrusive and annoying, which then increases the likelihood that users will click on it.

In short: it’s an ad that mimics the surrounding content, because consumers are more comfortable interacting with items in their newsfeeds on social media, and because it is more relevant to their needs and wants. Utilizing this way of marketing allows more control in the hands of the consumer. 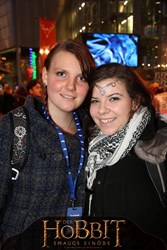 An example of native advertising

Some of the biggest social media platforms in the world have adopted this approach to advertising.

Twitter’s MoPub creates native ads within the Twitter stream that allow posts from brands to fit in with the rest of the user’s Twitter updates. YouTube has TrueView Video Ads, which gives viewers control over which ad they watch and when they watch the ad. Micro-blogging platform Tumblr has Sponsored Posts, which are advertising posts tailored for the audience using gender and location to improve accuracy. Amazon uses a shopper’s searches to recommend products. Facebook has its Sponsored Stories, which are messages from friends about an event, Page, or app that they have decided to engage in, spotlighted by a business or company. Even the Wall Street Journal has begun to employ native ads on some of its websites, mixing in sponsored content with its other content. Sometimes, bloggers are paid to promote an event or a product on their blogs, like an advertorial in a magazine.

Native ads tend to work better on mobile devices than the standard ads that people are generally used to. This is something that is especially important, because a lot of people access the Internet on a mobile device of some sort, whether it is a tablet or a cell phone. 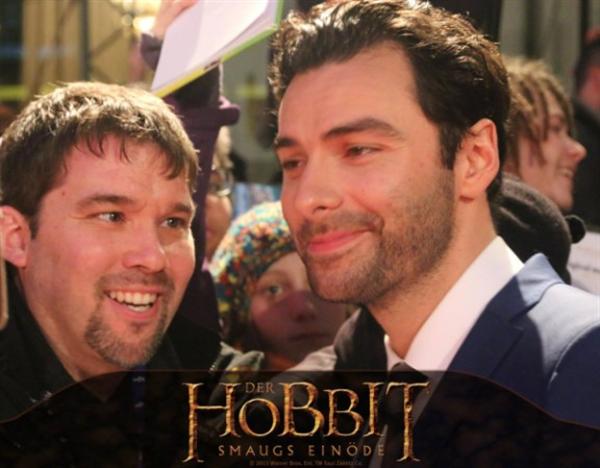 Now let’s get back to Warner Brothers, Facebook, and the premiere of the Hobbit.

This sort of thing is not a new thing for Facebook; they do it at a majority of their live events. By teaming up with Facebook, Warner Brothers reached thousands more people than just the guest’s friends. The social media networking system made sharing the pictures simple, and because the Hobbit logo was placed on every image, the movie’s brand received its own promotional boost without taking away from the picture itself. It turned out to be a much more intimate way of promotion, one that included the fans as an important part, while also giving them memories of a lifetime.

This event is only a part of a trend in which social media plays a larger role in marketing. More and more companies are not just establishing a brand page on Twitter or Facebook, but going further. They’re integrating their brands into the online environments of consumers in ways that don’t take away from the rest of the content. They’re getting more creative with it and, as the premiere of the newest Hobbit film showed, even having a little bit of fun with it.

Think of it as a sort of product placement, only online instead of in a show, movie, or book. The point is to advertise discreetly without annoying anyone.

How Does This Apply To Me?

As a small business owner, it’s unlikely that it does unless your business revolves around events or celebrities.  However, think about the wider implications of the rise of native advertising. Piggy-backing on content that your existing consumers  want to create and share to spread your brand.  There are plenty of opportunities to be creative here, so consider this a seed planted.